A house for
Houdini

Located on the East River in front of the ever changing Manhattan skyline, the house Envisioned for Harry Houdini embrace one of his most impressive shows as an architectural conceptual metaphor “The Metamorphosis Act”. The idea of public-interaction, vanishing and awe is represented here with the use of rotating mirrored fins on the facade and by adopting a circular morphology that resembles the idea of a carousel.

A dwelling for a magician is challenging from a programmatic point of view. For that purpose, the house is intended to work as an archetypical mechanism that can offer wide spatial flexibility and a variety of interior layout arrangements.

The metamorphosis house presents itself to the riverside spectator as a domestic zoetrope show where the inside life can partially be seen or merged within the urban landscape. As in a magic show, the scapism of the household and personal life is reached by the “beta movement” optical illusion, letting its occupants to have separated activities from what their
spectators can perceive.

Pretending to float over the river, the house is suspended on a lightweight metal-framed structure to pursue the idea of defying gravity. This truss-like structure is supported by a concrete core that connects to a hidden and underground passage, while also harbouring a mechanical hoist elevator. 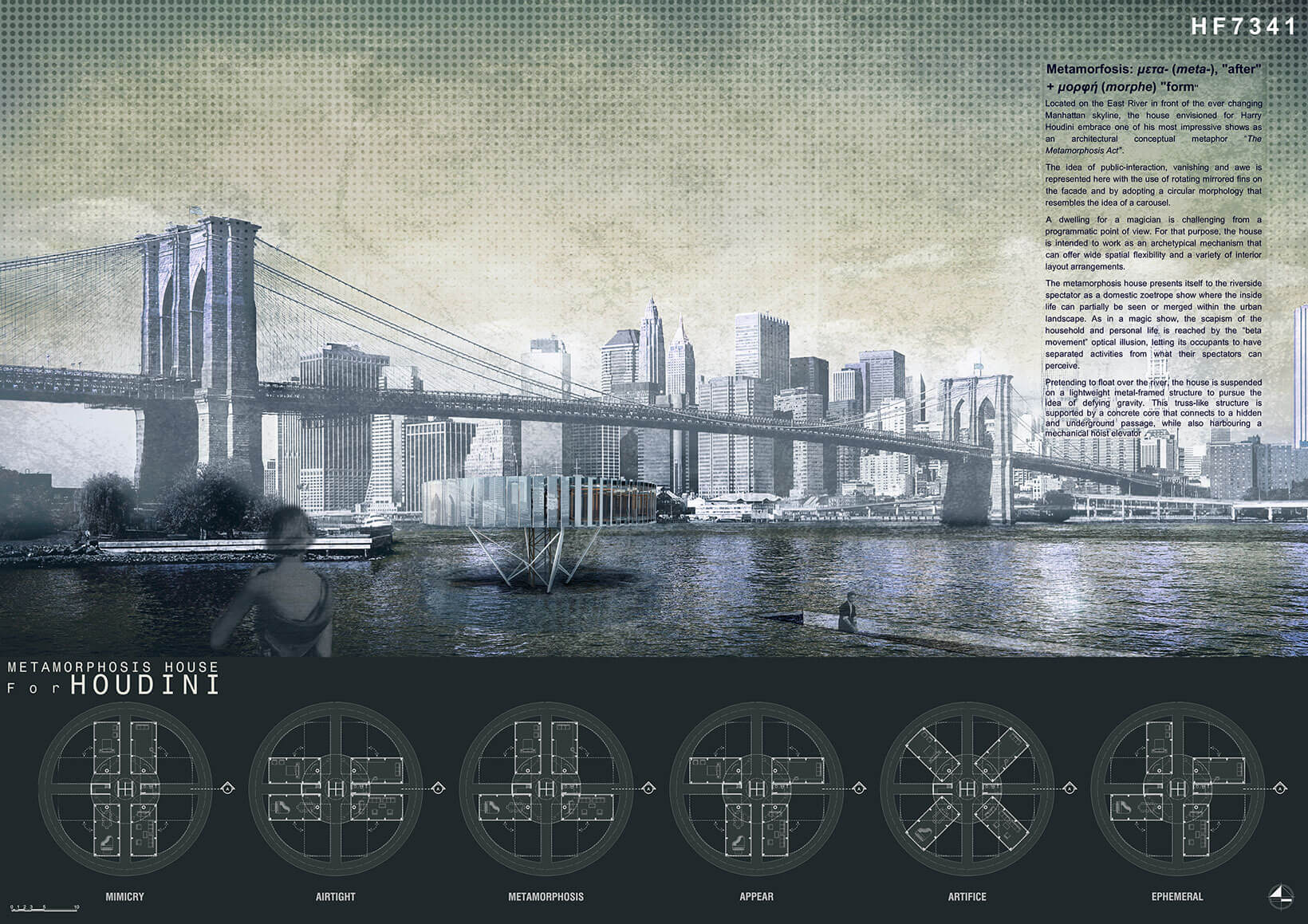